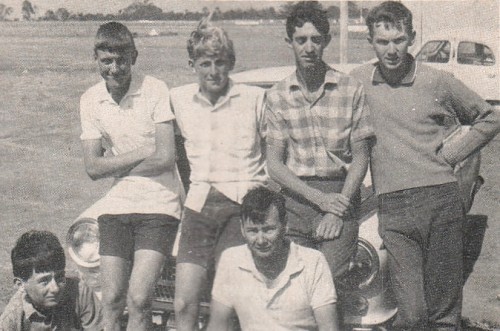 Gloria Laird found this photo in an old AG. Yes, Brad [Edwards] had a full head of hair when 15, and Dave Goldsmith is now an A340 jockey. His boy Ian is now solo in a MotorFalke. The car we are leaning on is Dave's blue Cortina and the Austin A30 in the background is my first car. It had a tow bar and would tow the Bergfalke trailer (albeit in low gear) up the Armidale airport hill!

I think Murray Knight is back in Jondaryan club and Glen Hart and ??? Barlow are not gliding.

Regretfully, as somebody said, how often today would you get such a group of young people gliding. I seem to remember we were all in charge of flying by ourselves and we were all under 25.

Brad Edwards runs an Australian air charter company these days, with a fleet of Citation business jets. He won four Australian gliding championships and went on to become World Champion! 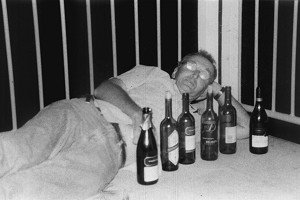 Some clown sent this as a postcard - no signature, no return address.
They keep sending them. Weirdos seem to think it's funny!